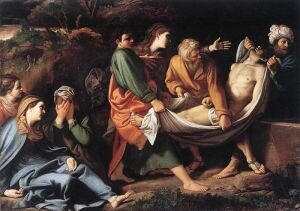 One assertion made by anti-Christian authors, such as Bart Ehrman in his recent book, How Jesus Became God, is that Jesus was never buried in a tomb.  Contrary to gospel accounts, they say, the Roman authorities did not allow executed criminals to be buried.  Instead, Jesus would have been left hanging on the cross to become carrion for birds and dogs.  There was no “empty tomb” from which the resurrected Jesus could have emerged because, simply put, there was no tomb. END_OF_DOCUMENT_TOKEN_TO_BE_REPLACED

We should all be grateful for thoughtful criticism of the New Testament because it forces us to truly study the texts, think about their origins, assess their accuracy, and understand their historical backdrop.  In recent years, however, various anti-Christian professors and authors (Richard Dawkins, Bart Ehrman, and the late Christopher Hitchens are just three examples) have written books attempting to tear down the Christian faith and cast doubt on the New Testament’s validity. END_OF_DOCUMENT_TOKEN_TO_BE_REPLACED

Why is there so much suffering in this world?  If God really exists, why do bad things happen to good people?  This is one of the most significant questions asked by both atheists and believers.  This single question has caused millions to deny the existence of God or ultimately reject the God in which they once believed.

END_OF_DOCUMENT_TOKEN_TO_BE_REPLACED

In The Case for the Resurrection of Jesus, Gary R. Habermas, Ph.D. and Michael R. Licona, Ph.D. lay out five facts about Jesus that are basically beyond dispute.  These facts are nearly universally accepted by scholars, both Christian and skeptic.  To those facts, I have added one of my own (#1 below).  These facts are strongly attested historically, and they do not rely on the Bible being divinely inspired or even reliable to be accepted: END_OF_DOCUMENT_TOKEN_TO_BE_REPLACED