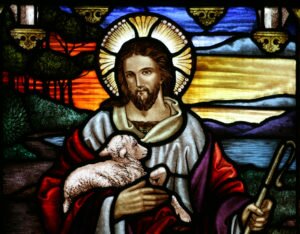 Logic & Light has published many articles on the reliability of the Bible.  The basic narrative in favor of the biblical texts can be summarized as follows:

In support of this final point, and in honor of the coming Christmas holiday, we will focus our attention in this article on a selection of Old Testament prophecies of a Messiah and their fulfillment in Jesus.  In the end, we will demonstrate that the Bible accurately prophesies the life and death of Jesus, in great detail, centuries in advance.  This is only possible through divine revelation.

There are dozens of Old Testament prophecies concerning the coming of the Messiah.  However, we will focus on just three specific texts here.  Daniel 9 accurately predicts the timeframe when the Messiah will live and die while Isaiah 52-53 and Psalm 22 prophetically describe His death and atoning sacrifice.

It is important to note these prophecies were written centuries before the events they describe.  Tradition places the writing of these three books between ~530 BC (Daniel) and ~1,000 BC (Psalms).  From a secular perspective, we can place all three books at ~200 BC or earlier since the Septuagint (Greek translation of the Old Testament) was in existence by that time, so the original Hebrew version had to pre-date it.  Consequently, by even liberal dating, these prophecies were written over 200 years before their fulfillment.

Daniel 9:25-26 describes when the Messiah will come and die.  It reads:

25 “Know and understand this: From the time the word goes out to restore and rebuild Jerusalem until the Anointed One, the ruler, comes, there will be seven ‘sevens,’ and sixty-two ‘sevens.’ It will be rebuilt with streets and a trench, but in times of trouble. 26 After the sixty-two ‘sevens,’ the Anointed One will be put to death and will have nothing. The people of the ruler who will come will destroy the city and the sanctuary. The end will come like a flood: War will continue until the end, and desolations have been decreed.”

Since we are not ancient Hebrews, this passage needs a bit of explaining.  Daniel wrote this prophecy while he was in exile in Babylon in ~530 BC.  He predicts that there will be a future decree to “restore and rebuild Jerusalem” and that sixty-nine “sevens” after that (seven plus sixty-two), the Messiah (“Anointed One”) will be put to death.  This description makes little sense to us, but the Hebrew word he uses (“shabua”) simply means “period of seven” and can refer to a period of seven days or seven years1.  Based on context, and all that must occur in the prophecy, it is most logical to assume he is referring to years here.  Therefore, Daniel is predicting the death of the Messiah 483 years after the decree to rebuild Jerusalem.

We also have to keep in mind that the Jews measured years with a “lunar” calendar of 360 days instead of our current “solar” calendar, which has 365 days.  To apply the 483 Jewish years to our modern calendar, we have to “convert” them into solar years.  In this case, 483 lunar years is equivalent to 476 of our solar years2.

We now look back at history to determine when the decree to “restore and rebuild Jerusalem” was made.  This decree occurred in the 20th year of Artaxerxes’ reign (Nehemiah 2:1), which we know historically to be ~445 BC.  Adding 476 years to that gives us a date for Messiah’s death of ~31 AD3.  Historians, including unbelieving secular ones, date Jesus’ crucifixion to between 30-33 AD, which is completely aligned with Daniel’s prophecy centuries beforehand!  Interestingly, Daniel also predicts that some undefined time after the Messiah dies, the ruler of the land will come and again destroy Jerusalem and the temple (“sanctuary”).  This also occurred as predicted in 70 AD when the Romans destroyed the Jewish Temple!4

To fully appreciate the next two prophecies, we have to understand the Roman practice of crucifixion.  Crucifixion was a brutal, torturous form of execution that eventually caused death by asphyxiation.  The person being executed would be nailed to a cross through their wrists and ankles.  The position in which they were nailed placed stress on their lungs and restricted their breathing.  They would have to raise and lower themselves, using their nailed limbs, to inhale and exhale.  This practice becomes harder as they get more tired and succumb to the pain.  As they lose blood and breathe less, their blood pressure drops and their heart rate increases dramatically to try and keep up.  Eventually, they cannot get enough air and their heart cannot beat fast enough and they die of either suffocation or from their heart literally tearing or bursting from the strain.  It is with this context in mind that we must read these two passages.

Psalm 22 was originally written by David as he was being persecuted by his enemies.  He wrote it to figuratively describe his situation, but it is ironically, a literal prophecy about Christ’s situation6.  This point is made clear by the fact that Jesus quotes from Psalm 22 as He is on the cross (Matthew 27:46).

Let’s review a selection of verses from Psalm 22 versus what happened at Jesus’ crucifixion:

Isaiah is sometimes called the “5th gospel” because of its strong Messianic content, foreshadowing, and prophecy.  Chapters 52-53 are especially full of descriptions of the coming Messiah that were clearly fulfilled in the person of Jesus.  Let’s review a few examples:

When faced with the evidence for fulfilled biblical prophecies, critics typically have one of two responses.  First, the default position is that the so-called prophecy was actually written after the historical event occurred and just claimed to have been before.  As some have said, “The Bible is surprisingly accurate at predicting the past!”  The second response is that the so-called fulfillment was simply made up to validate the prior prophecy.  In other words, it never really happened, but some future author said it did in order to maintain scriptural integrity.  In the case of these three texts both responses utterly fail.

Regarding the first claim, it clearly does not apply here.  By even liberal, secular standards the prophecies were written over 200 years before Christ’s crucifixion.  In other words, it is beyond debate that the Old Testament was in fact written before the New Testament!

The second claim is harder to disprove in some cases, but it still fails here.  Daniel’s prophecy places the death of Messiah in ~31 AD.  While the biblical authors could have made up a story about Jesus being crucified at that time, they could not have actually arranged for it to happen.  Even secular, unbelieving historians acknowledge Jesus was in fact crucified and they date it to between 30-33 AD, based on both biblical and extra-biblical testimony.  So the event actually happened at the time prophesied centuries earlier.  The story was not simply manufactured.

For the Psalm 22 and Isaiah prophecies it appears initially harder to refute the second claim.  However, we must keep a few things in mind.  First, multiple New Testament documents and authors testify to the events that illustrate fulfilled prophecy.  To discount this testimony, we must assume all of them are lying.  Secondly, to make the claim that the fulfillments were simply made up, one must offer some evidence other that the fact that they simply believe it to be so.  No such evidence is provided.  So this claim is just an unsupported opinion.

Most importantly, the hypothesis that the gospel writers simply made their story fit the prior prophesies simply can’t be true as it relates to predictions about Jesus’ suffering and death (e.g. Psalm 22:14-16 and Isaiah 52:14).  This fact is because the gospels accurately describe the physical and medical effects of crucifixion and flogging and secular historians concede that Jesus was in fact flogged and crucified.  The gospel accounts are accurate to history, not forced to fit a prophecy.

Further, gospel reports of the Messiah’s resurrection, as predicted in Isaiah 53:11, is also hard to fake.  History proves that no corpse was ever produced to refute the resurrection.  And history demonstrates that the disciples truly believed Jesus rose from the dead and they are the people who were in the best position to know if this really happened.  If the gospel writers had simply made the resurrection up, these facts would not be available.

For over 2,000 years critics have sought to discredit and disprove the Bible.  However, it has withstood all challenges and proven itself time and again with strong textual integrity, internal consistency, and archaeological and historical validation.  But the most convincing evidence of its supernatural origin is its prophetic power.  The three examples discussed here are merely a sampling.  It is simply not possible to accurately predict, in detail, this many future events by luck or accident.  The Bible clearly bears the mark of an eternal, omniscient influence.