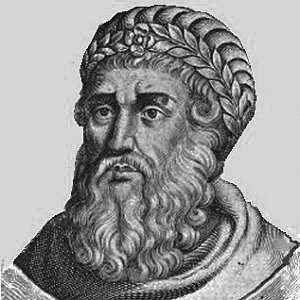 The second chapter of Matthew relates a story found in no other gospel, known as the Massacre of the Innocents.  In this story, King Herod (the king of Judea and client of Rome) orders the killing of all boys less than two years of age in Bethlehem.  Herod takes this “scorched earth” approach in a desperate attempt to find and kill the recently-born Jesus, who he believes will grow to become a threat to his throne.

Critics have long alleged that this story never happened, saying that the gospel author just made it up to create a fulfillment of prophecy.  They point to it as a clear demonstration of why the gospels cannot be trusted as historical documents.  Do their allegations hold water?  For starters, let’s read the story in Matthew 2:1-18:

1After Jesus was born in Bethlehem in Judea, during the time of King Herod, Magi from the east came to Jerusalem 2 and asked, “Where is the one who has been born king of the Jews?  We saw his star when it rose and have come to worship him.”

3 When King Herod heard this he was disturbed, and all Jerusalem with him.4   When he had called together all the people’s chief priests and teachers of the law, he asked them where the Messiah was to be born. 5 “In Bethlehem in Judea,” they replied, “for this is what the prophet has written:

6 “‘But you, Bethlehem, in the land of Judah,
are by no means least among the rulers of Judah;
for out of you will come a ruler
who will shepherd my people Israel.’”

7 Then Herod called the Magi secretly and found out from them the exact time the star had appeared. 8  He sent them to Bethlehem and said, “Go and search carefully for the child.  As soon as you find him, report to me, so that I too may go and worship him.”

9 After they had heard the king, they went on their way, and the star they had seen when it rose went ahead of them until it stopped over the place where the child was. 10 When they saw the star, they were overjoyed. 11 On coming to the house, they saw the child with his mother Mary, and they bowed down and worshiped him.  Then they opened their treasures and presented him with gifts of gold, frankincense and myrrh. 12 And having been warned in a dream not to go back to Herod, they returned to their country by another route.

13 When they had gone, an angel of the Lord appeared to Joseph in a dream. “Get up,” he said, “take the child and his mother and escape to Egypt.  Stay there until I tell you, for Herod is going to search for the child to kill him.”

14 So he got up, took the child and his mother during the night and left for Egypt, 15 where he stayed until the death of Herod.  And so was fulfilled what the Lord had said through the prophet: “Out of Egypt I called my son.”

16 When Herod realized that he had been outwitted by the Magi, he was furious, and he gave orders to kill all the boys in Bethlehem and its vicinity who were two years old and under, in accordance with the time he had learned from the Magi. 17 Then what was said through the prophet Jeremiah was fulfilled:

18 “A voice is heard in Ramah,
weeping and great mourning,
Rachel weeping for her children
and refusing to be comforted,
because they are no more.”

Critics argue that this story only appears in the gospel of Matthew, and no other.  They also point out that neither Philo nor Josephus (both first century Jewish historians) mention this event.  Nor, they add, does any other first century source.  This event, they say, must not have happened because if it had, it would have been of such a magnitude that contemporary sources would have recorded it.

The critical arguments against this story are flawed on several levels.   First, this event, as terrible as it was, would not have been a big deal in the grand scheme of things during the first century.  It’s not surprising that it would have escaped Josephus’ and Philo’s notice.

At the time, Bethlehem was an obscure village and probably had 500 inhabitants or less.  It has been estimated that there were no more than 6 or 7 boys 2 years of age or younger at the time in Bethlehem1, so the event would have affected relatively few people.  It’s important to remember that for society at that time, a tyrannical despot killing people was an unfortunate fact of life.  For Herod, ordering the deaths of 6 or 7 young boys in an obscure village was probably just another day at the office.

By all accounts, Christian and non-Christian, Herod was a bloodthirsty tyrant who didn’t seem to mind killing people, particularly when it came to protecting his throne or satisfying his own ego.  In his book, Antiquities, Josephus shares many accounts of Herod ordering the deaths of military leaders, members of his own family, and other politically “threatening” individuals.  Josephus’ accounts deal with politically important murders, rather than relatively “minor” actions like the alleged incident at Bethlehem.  To quote scholar, R.T. France, “”the murder of a few infants in a small village [is] not on a scale to match the more spectacular assassinations recorded by Josephus.”2

Second, the vast majority of writings from that era have not survived.  It’s entirely possible that someone besides Matthew wrote about it, but such writings have not come down to us today.

It’s interesting to note that around 400 A.D., a pagan Roman writer named Macrobius did mention the event in his book, Saturnalia.  He wrote, “When it was heard that, as part of the slaughter of boys of up to two years old, Herod, king of the Jews, had ordered his own son to be killed, he [the Emperor Augustus] remarked, ‘It is better to be Herod’s pig than his son.’”3

Finally, one cannot definitively deny an event simply because no first century historians seem to have mentioned it (aside from the author of Matthew).  That is an argument from silence, and it’s not necessarily valid.

For example, Josephus fails to mention the Emperor Claudius expelling the Jews from Rome.4  Unlike the Massacre of the Innocents, this was a major event in Jewish history that happened during Josephus’ lifetime.  Why didn’t he mention it?  Nobody knows, but it still happened.

In his autobiography, Josephus fails to mention his own capture by the Romans!5  This would have been a tremendously important event in his own life, but he neglects to mention it.  Still, it happened.

Read Ulysses S. Grant’s memoirs.  You will not find mention of the Emancipation Proclamation.6  How could the leader of the Union forces in the Civil War fail to specifically mention such a monumental proclamation?  Who knows?  But the fact is, he didn’t mention it.

The point is this:  historians fail to mention all types of things that common sense would say they should have mentioned.  Yet, the events still took place.  In the case of the Massacre of the Innocents, a relatively minor historical event (though one of theological importance for Christians), common sense actually says that Josephus and Philo probably would have overlooked it.

Given Herod’s paranoid and murderous personality, the Massacre of the Innocents is quite historically plausible.  Obviously, we cannot hop in a time machine and go back to see what actually took place.  We can, however, demonstrate that the critics’ “arguments from silence” are not necessarily valid.