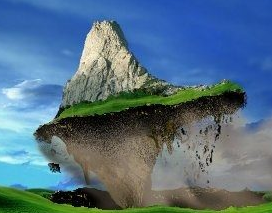 Questions like “Can God make a mountain so big He can’t lift it” are sometimes used as an attempt to discredit the idea of an omnipotent God.  They attempt to show that the very idea of some all-powerful entity is logically contradictory and therefore, God doesn’t exist.  However, these questions misunderstand both the meaning of omnipotence and the nature of God.

First of all, omnipotence does not mean “able to do anything.”  More accurately, it means “able to do anything that is logically possible.”  For example, omnipotence does not grant the ability to create logical contradictions like married bachelors or square circles.  The inability to create them is not due to some lack of power from the being in question, but rather due to the definitions of the very words used.

However, since God is the creator of the universe and the author of all its physical laws, He is able to do anything He pleases with it.  He can manipulate or suspend any scientific law, can create things ex nihilo (out of nothing), and is not bound by space and time (omnipresent).

Ultimately, such questions are nothing more than word games pretending to be philosophical arguments.  But they are devoid of any real meaning and certainly do not create a problem for the theist or for God.