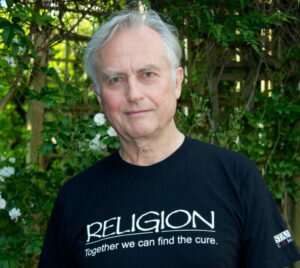 With over 3 million copies sold, The God Delusion is probably one of the most widely read and influential atheist manifestos available.  It’s definitely not a new book.  However, we felt compelled to address it because it has been so widely read and because its arguments, even though they are poorly constructed, continue to influence people.

So, in this series of articles, we dissect Dawkins’ case and see how compelling it really is. We will summarize the main points of each chapter, weigh the evidence, and offer a Christian response.

We hope that this exercise will accomplish several objectives.  First, it is our goal to show that the atheist case is actually quite weak and Christians have nothing to fear from it.  Secondly, we hope to prepare Christians with effective counter-arguments for those inevitable times when they will encounter someone using Dawkins’ rationale.  Finally, we hope to provide tools for how to think through other, similar arguments one may hear from atheists or well-meaning seekers.

To that end, Logic and Light would like to offer some guidelines for how to approach a new or unfamiliar atheist argument (or any argument for that matter).  These principles are very useful for evaluating both your and your opponents’ assertions.

Keep in mind that the objective of any apologetics discussion is not to “beat the other guy.”  Rather, it is to offer a compelling and rational basis for faith in Christ.  These tools are meant to help you build your case and answer others’ objections, not to start or win an argument.

Many times, either by accident, ignorance, or intent, “facts” provided to support a given position simply aren’t true.  In addition, sometimes opinions are stated as facts, so it is important to be able to tell the difference.  Finally, while a statement may be true, is it the whole truth or has it been taken out of context?  Often, such tactics can be just as misleading as an outright falsehood.

Practically every assertion has one or more foundational assumptions that must be valid for the statement to be true.  It is very important to recognize and understand these underlying assumptions for both your and your opponents’ positions.

Once the underlying assumptions are identified, you have to determine if they are true.  While something may sound very compelling on the surface, if its foundation is weak, it will crumble.  We can never let ourselves be fooled by strong oration, intricate details, dizzying statistics, or simply big words that just cover up a fragile foundation.

There are often multiple possible answers to a given question.  So even if the foundation is firm and the underlying assumptions are accurate, that doesn’t mean the proposition is true.  It just means it is potentially true.  We should look at the other options and pick the one that is most likely correct given all the evidence.

There are almost always two or more sides to any debate.  And in a debate that has raged for thousands of years like “does God exist,” it is highly unlikely there will suddenly be some new argument the other side never encountered.  So if you run into something you can’t answer, do some research and see what others have said about it.

Keeping each of these principles in mind is important as we explore a work like The God Delusion.  Richard Dawkins is a very intelligent and articulate person.  If one is not familiar with apologetics and does not approach the book with these principles in mind, the book can sound very convincing.  However, if studied correctly, The God Delusion is easily seen for what it is…a collection of twisted truths, outright falsehoods, tortured logic, and straw men written by someone who truly despises the idea of God in general, and Christianity in particular.

The Review Begins (chapters 1 and 2)

It is important to note at the outset that The God Delusion is well over 400 pages long.  In the interest of brevity and practicality, this response is only a few pages.  Therefore, of necessity, I will not be able to respond to or refute every charge, factual error, or argument that Dawkins makes about Christianity (and there are plenty).  Instead, I will seek to expose and answer only his main, underlying assumptions and most egregious factual errors.  Doing so will erode the foundation of and defeat Dawkins’ overall argument.  Unfortunately, there is plenty of (mis)information that I will not be able to address.  Many of those points are or will be covered in other Logic and Light articles, however.

In chapter one, Dawkins begins his case that religious faith is completely irrational and ignorant.  He states multiple times in this chapter, and throughout the book, that faith is belief either without evidence or in denial of the evidence.  Worse, religion makes such unquestioning belief a virtue.  As such, religious faith is the product of willful ignorance and/or weak minds and does not deserve respect.

Dawkins establishes one of his favorite straw men right out of the gate by defining religious faith as an unquestioning belief in God despite the evidence.  This assertion is wrong on many counts.  First, as we have covered in dozens of articles, there is tremendous historical, archaeological, and scientific evidence to believe in the God of the Bible.  We don’t have the space to rehash all of this information here, but we have covered how the Bible has a proven track record of accuracy, the gospel accounts have strong indications of eyewitness testimony, Jesus’ life, teachings, and alleged miracles are corroborated by non-biblical sources, and science clearly points to supernatural creation event.  Christian faith is because of the evidence, not despite it.  To ignore and simply dismiss these facts is either ignorant or dishonest.

Further, I have been a Christian my entire life and have regularly attended services across the Methodist, Presbyterian, Church of Christ, and Baptist denominations.  I cannot recall a single instance of being told to accept a church’s or teacher’s doctrines unquestioningly.  In fact, the Bible clearly encourages believers NOT to accept something just because a preacher says it (e.g. Acts 17:11), but to question and examine things.  Speaking from my personal experience, my faith has grown much stronger because I did question it…and found very solid, convincing answers.

It is clear from the start that Dawkins is very antagonistic towards religious faith.  It is also obvious that he has zero objectivity and is extremely biased by his worldview.  He is so blinded by his hatred of God that he cannot see the gaping holes in his own arguments.  We’ll get to those in the next few chapters.

In chapter two, Dawkins describes various “god hypotheses” such as monotheism and polytheism and how they have no evidence to support them.  Consequently, he lays out his purpose for The God Delusion as “attacking God, all gods, anything and everything supernatural, wherever and whenever they have been or will be invented.”2 Dawkins contrasts such religious faith with his own atheism, which is built on rationalism and fact.  He asserts that “atheists do not have faith.”3

Dawkins says that a belief in God is ultimately “undisprovable” (if that is even a word) just like The Flying Spaghetti Monster, fairies in the garden, or the “invisible, intangible, inaudible unicorn.”  Since all thinking people reject the existence of these clearly made-up beings, we should also reject a belief in God as the evidence for them are all similar.  In fact, religious believers are already “atheists” in regards to “Zeus, Apollo, Amon Ra, Mithras, Baal, Thor, Wotan, the Golden Calf, and the Flying Spaghetti Monster.”4 The only difference is that Dawkins is more consistent and takes his atheism one God further.

Chapter two continues Dawkins’ tirade about how illogical and baseless religious faith is.  He again completely ignores that fact that there is significant evidence to support a belief in God in general and Christianity in particular.  Logic and Light alone has posted dozens of articles addressing some of these proofs, not to mention the countless other websites and books that do the same.

Based on these evidences, Dawkins’ assertion that a belief in the Christian God is no more rational than a belief in fairy tales is simply ridiculous and shows the extent of his bias.  For example, we have twenty-seven contemporary or eyewitness accounts by at least eight separate authors, plus testimony from well-respected and established secular historians, testifying to the existence, teachings, and apparent miracles of Jesus.    He is one of the most well attested figures in all of early history.  If such evidence was available about any non-religious person or event, Dawkins would accept it as rock-solid fact.  But since this historical testimony concerns Jesus, he must dismiss it out of hand.

With shocking arrogance, Dawkins contrasts religion with his own purely rational and fact-based atheism that he claims is not built at all on faith.  Really?  As becomes clear in chapters three and four, Dawkins places a tremendous amount of faith in Neo-Darwinism.  This faith is despite the gaping factual and scientific challenges Neo-Darwinism is facing, even from the scientific community.  He also places tremendous faith in the so-called anthropic principle and the multiverse theory in chapter four.  However, as we will see, the odds of the anthropic principle explaining anything are miniscule and the multiverse theory can be accepted on nothing but faith.  Because there is no actual evidence for it nor even a means of directly testing it!

Finally, his reasoning that since Christians are already “atheists” regarding pagan gods, they should just go all the way is utterly pathetic.  This logic is akin to saying “since you reject all other possible answers except 4 to the question of ‘what is 2 + 2,’ you should reject it as well!”  In other words, the rejection of wrong answers in no ways necessitates the rejection of correct ones.  No other religion, or atheist worldview, comes even close to the foundational evidence on which Christianity is built.