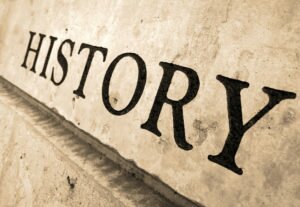 In part one, we briefly reviewed the biblical and extra-biblical testimony concerning the identity of Jesus.  Now we turn our attention to several other key historical facts that further validate that evidence.

Historically speaking, the empty tomb is a fact.  It is clear that six biblical authors (four of whom personally claim to have seen the risen Christ) attest to the resurrection and empty tomb.  Jewish and Roman authorities even acknowledged the empty tomb, but credited it to the apostles’ having stolen Jesus’ body.  However, there was never any evidence offered to support this theory or counter the apostles’ testimony.  The fact that these “enemy sources” did not deny the empty tomb is telling.  It provides clear evidence that they could not disprove the apostles’ claim and felt a need to explain it away.

Furthermore, it is interesting that the gospels describe the first witnesses to the empty tomb as women.  Culturally, this fact would have been very embarrassing.  Women were not considered trustworthy witnesses and could not even testify in court at the time.  Within this context, the gospels would not have made this detail up, as it would have damaged the credibility of the story they were trying to tell.  Ironically, the fact that they include it provides evidence that the story is true and not manufactured.

Lives of the Apostles

The lives of Jesus’ twelve apostles (including Matthias who replaced Judas Iscariot) also provide strong historical support for Jesus’ resurrection.  These twelve men claimed to have personally seen the risen Christ and all of them faced persecution for proclaiming His resurrection.  Eleven of the twelve were eventually executed for this belief.  The twelfth (John) was not executed, but did suffer persecution and exile.  All of this occurred without one of them recanting his testimony.

Some unbelievers try to counter the facts of the empty tomb and the lives and deaths of the apostles by claiming that they stole Jesus’ body and proclaimed His resurrection as a way to gain power and influence.  Besides, they claim, many religious zealots have given their lives for something that is not true.  The perfect example is the suicide bomber that is seeking his “72 virgins” in the afterlife.

But the historical facts significantly undermine the credibility of this theory.  First, it is hard to believe that all twelve apostles, who had spent three years hearing Jesus’ teachings on righteousness, honesty, and virtue, would unanimously agree to steal a body and lie to everyone they knew.  Secondly, they did not gain power and influence, but experienced persecution, ostracism, hardship, and ultimately, execution.  If their plan had been to gain power and influence, it failed miserably, and yet not one of them recanted!

The comparison to other religious zealots that have died for a given cause is also flawed.  In those cases, people died for something that they believed was true.  In this case, the apostles would have died proclaiming something that they knew was false.  If they in fact stole the body, it is very hard to believe they unanimously suffered persecution without even one of them recanting.  We simply don’t see historical examples of this kind of behavior.

At a minimum, the historical evidence demonstrates the apostles truly believed Jesus had risen from the dead.  This fact is very important because the apostles were in the best position to know the truth.  And since they all suffered execution or exile in defense of their testimony, we must take the testimony seriously.

According to both John 7:5 and Mark 3:21, Jesus’ brothers did not initially believe Him or support His ministry.  John (an apostle) writes simply that “his own brothers did not believe in him” while Mark (the apostle Peter’s translator) writes that His family thought He was “out of his mind.”  In these texts, we have multiple sources testifying that Jesus’ immediate family, which would include his brother James, doubted His ministry.

However, we also know from both biblical and non-biblical sources that James became a prominent Christian leader and was the head of the church in Jerusalem.  We also know that James was martyred for his belief in the risen Jesus.

These facts are very significant.  Something dramatic must have happened for James to change from someone that did not accept his brother’s ministry to running its most influential church!  Paul, in 1 Corinthians 15:7, tells us what happened when he states that Jesus appeared to James after His crucifixion.  It was a personal interaction with the risen Jesus that changed James’ mind and made him a committed Christian.

Even more convincing than James’ conversion is that of Paul.  Originally, by his own admission, Paul was a committed Pharisaical Jew that persecuted the Christian church.  However, after a personal experience with the risen Jesus, he stopped opposing the church, converted to Christianity, and became its most prolific evangelist.  Paul’s conversion is so important because it includes his personal testimony about Jesus’ resurrection and is verified by the dramatic transformation of his life.

Beyond his own testimony, Paul makes another bold proclamation.  In 1 Corinthians 15:5-8, Paul lists the people to whom Jesus appeared after His crucifixion.  He lists Peter, the apostles, James, himself, and “more than five hundred of the brothers and sisters at the same time.”  What makes this statement so interesting is that Paul adds “most of whom are still living” to his description of the five hundred.  It is almost as if he is saying to his Corinthian audience “if you don’t believe me, ask them for yourselves.”1 To make such a claim, when he had no need to do so, suggests a high level of confidence in its truth.

A final fact that must be considered is the unprecedented and continuing impact Jesus has had on humanity.  Jesus is, without question, the most influential person in world history.  He is responsible for the world’s most widely practiced religion and widely read book.  And this religion flourished despite centuries of the persecution, banning, and execution of its practitioners at the beginning!  Such commitment and dedication from the early Christians is indication that they had solid evidence to believe Jesus’ claims.  And it undermines the assertion that Jesus was nothing more than an illiterate peasant that was executed for teaching revolution.

The Historical Argument shows that the preponderance of evidence supports Jesus’ resurrection and the truth of Christianity.  Multiple biblical witnesses, supporting extra-biblical testimony, the empty tomb, the lives and deaths of the apostles, the conversions of James and Paul, and the historical impact of Jesus all build a cumulative case that cannot be simply dismissed.  Jesus’ actual resurrection fits the available evidence far better than the other theories that have been proposed.  If any other historical event had as much supporting evidence, it would be accepted as fact.

Despite the evidence, the reason that Jesus’ resurrection has not been more broadly accepted is because it involves a supernatural event.  Many believe, as Carl Sagan said, “extraordinary claims require extraordinary evidence.”

The unbelievers’ case is really founded on a refusal to accept any event that is miraculous because they believe miracles are, by definition, impossible.  However, this viewpoint is only true if God does not exist.  If there is a God, miracles are clearly possible.

Ultimately, each of us has a simple choice to make.  Based on the strong, cumulative evidence of the Cosmological, Teleological, Anthropological, Covenantal, Biblical, and Historical (not to mention Moral, Ontological, and other) Arguments, we can choose to believe that God is real and Jesus rose from the dead.  At a minimum, if we are objective, we must admit there is at least a reasonable case to believe these events are possible.

Or we can choose to believe that each of the arguments presented here are false.  Instead, we have to believe everything created itself from nothing.  And then part of this creation organized itself over billions of years into living beings by natural processes.  These same natural processes, by sheer luck, created one particular life form that was completely unique and far superior to all others.  Eventually, a specific nation of these people was born that coincidentally experienced a completely unique history, just has foretold in an ancient book of fairy tales.  Finally, a peasant member of this nation named Jesus was born and ultimately crucified.  Then His apostles stole the body, lied to everyone they knew and faced execution clinging to that lie.  James and Paul, that didn’t originally believe in Jesus, also lied about seeing Him, converted to Christianity, and went to their deaths proclaiming this same lie.  At the same time, other non-Christian sources verified much of what these supposed liars said and no one, including the governmental authorities, was ever able to produce a body or other evidence to refute the lie.

Now which one of these two options really sounds more reasonable and consistent with the evidence?