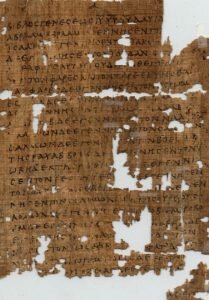 Unfortunately, it’s not just entertainers like King and MacLaine that repeat such memes.  Sometimes, respected academics do it, too.  Consider this from scholar Bart Ehrman, as he describes the number of textual variations that exist among our approximately 5,800 known Greek New Testament manuscripts:

Scholars differ significantly in their estimates—some say there are 200,000 textual variations known, some say 300,000, some say 400,000 or more!  We do not know for sure because, despite impressive developments in computer technology, no one has yet been able to count them all…There are more variations among our manuscripts than there are words in the New Testament.1

Many scholars have written books and articles thoroughly investigating—and eviscerating—the assertions repeated by King, MacLaine, Ehrman, and others.  We’ve shared some of the key points in other articles here and here.  Those points can be summarized as follows:

The fact is, critics are vastly misrepresenting the truth when they assert that textual transmission happened like a “game of telephone” and that 400,000+ variations across a document with 138,000 words means that the original wording cannot be reliably determined.

Simply put, the critics are wrong.  The large number of variations is a by-product of the phenomenal number of surviving Greek manuscripts.  Scholars have an “embarrassment of riches” when it comes to these manuscripts, and they absolutely can determine that they have been transmitted to us reliably.  We can, and have, recovered the vast bulk of the original wording (significantly better than 99%) with a high degree of confidence.7, 8

Now, none of this speaks to whether those original words provide accurate historical accounts.  There’s ample evidence that they do, but that’s a different topic, covered by a wide range of other resources, including this website.