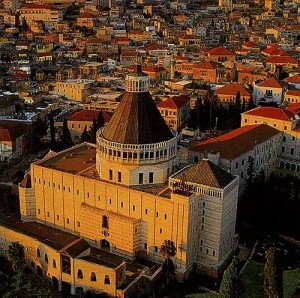 To some people, the very idea of Jesus is apparently so threatening, that they will go to great lengths to pretend he never even existed.  Some of the shoddiest biblical “scholarship” I have ever read defends the so-called “Jesus Myth” theory:  The idea that Jesus never existed—or that he was just a normal guy around whom great myths were developed after his death.  From Richard Carrier to Acharya S (a pseudonym for author Dorothy Murdock, apparently meaning “guru”), we get treated to numerous varieties of the Jesus myth.  One element of the Jesus myth is the idea that Nazareth, Jesus’ home town, did not exist in his day.  As this fringe argument goes:  Nazareth didn’t exist, and so Jesus didn’t either.  As evidence, they tell us that Nazareth is not mentioned in the Old Testament, the Talmud, or in other early rabbinic literature. END_OF_DOCUMENT_TOKEN_TO_BE_REPLACED