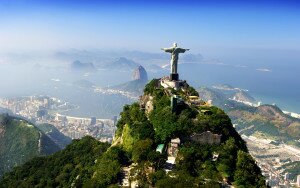 Like many Christians, I was “born and raised” in the church.  There was never a time when we didn’t attend regularly.  As I grew up and became exposed to more of the world, I never doubted God’s existence, but I certainly wrestled with questions about whether what I believed was true.  Occasional doubts are normal since the topic of God is one that requires some amount of faith.  But I have learned over time that faith is not “belief despite the evidence” as some claim.  Faith may occasionally be described as “belief despite uncertainty,” but it should always be grounded in evidence and truth.

It is rare that we have perfect, 100% conclusive proof of anything.  But we do have clear, compelling, rational, and sufficient evidence to believe in God, Jesus, and the Bible.  Christian faith is choosing to believe in and trust God based on the evidence and His trustworthiness, even if we don’t know everything or fully understand how He chooses to work.

As I said, I was taught Christianity from an early age and I initially accepted it unquestioningly.  Throughout my childhood, my beliefs were never challenged and I was not well prepared for such questioning when it did come.  This lack of preparation is an unfortunately common characteristic shared by many Christians who have never been taught how to defend their faith.

College brought the first challenges to my Christianity.  The combination of new freedom, an atheist roommate my freshman year, and at least two professors that openly questioned the Bible caused me to more closely examine things.  I never doubted Christianity as a whole, but I wondered if the Bible might be a mix of spiritual truth and Hebrew mythology.

Fortunately, an on-campus group invited the noted apologist Norman Geisler to speak one evening.  My roommate (not the atheist!) and I attended and we were very impressed.  I bought my first book on apologetics (“When Skeptics Ask”) and began to have solid answers to many of the questions both I (and atheists I knew) had asked.

The next major milestone in the development of my faith was the unexpected death of my father.  On July 11th 2001, I got a call at work that he had died in an unexpected accident.  My father was my hero.  This tragedy shook me to my core.

The Bible teaches that God can bring good out of any situation.  During a trial, it can be very difficult to see the truth in that statement.  But with hindsight, it often becomes clearer.  My father’s death is a good example.  Throughout that time, and in the years that followed, I was able to tangibly see God working in response to prayer.  And, while searching for answers to questions related to my father’s death, I re-read and studied the Bible much more than I had before.  I came through this experience much more learned and mature as a Christian.

The next step in my journey as a Christian was the starting of my own family.  Marriage and fatherhood introduced new challenges I never expected.  But even during difficult times I could actively see God’s influence.  I learned that prayer is a necessary step before any major decision and I have repeatedly witnessed God answer them and provide guidance.

As my children got older, I began to pay closer attention to how the world portrays Christianity and I worried what they might be taught.  I wanted to make sure I could answer their questions.  And frankly, I also wanted to ensure I was well-grounded and sound in my own faith.  So I began to study the arguments of atheists.  I was very surprised at what I learned.

I read “Atheist Universe” by David Mills and “The Grand Design” by Stephen Hawking and Leonard Mlodinow, as well as excerpts from many other books that make the case for atheism.  Many of these works initially seem compelling.  But I quickly realized how empty and weak their arguments were.

They often make three major mistakes.  First, their worldview presumes its own conclusion.  In other words, they start with a belief that God is impossible, they interpret everything within that context, and then use their conclusions to prove that God is impossible!  Secondly, they misunderstand core Christian doctrines (such as judgment) and use their mistaken understanding to question God’s existence.  Finally, many atheist writers are masters of the “strawman.”  This is where they misrepresent a particular belief and then tear the misrepresentation apart to show how misguided Christianity is.  Ironically, after reading these books I came away even more secure in my faith.

Throughout my Christian journey, the one area where I have struggled, and continue to struggle, is personal evangelism.  Despite a lifetime of learning, believing, experiencing God, and seeing answered prayer, I have never been good at “bringing up” the subject of faith.  I always enjoy the conversation if someone else brings it up, but I’m reluctant to do it myself.

It is against this backdrop that my brother approached me about Logic & Light.  Looking back, I can see how this blog is another answered prayer.  While it was originally started to help share the gospel, it has also helped educate and grow me personally.  I am still not a great personal evangelist, but I am getting more comfortable with it (or less uncomfortable!) and I am now much more equipped for issues or objections that may come up.

It is my hope and prayer that Logic & Light will help bolster your own faith.  Or, if you are not a believer, that it will cause you to ask questions and seek the truth.  There are reasonable, intelligent, and logical reasons for Christian faith.  It is our goal to demonstrate this fact.

There is one final thought I would like to leave with anyone that is wrestling with doubt or unbelief.  Please take time and research the issues of God, Jesus, salvation, and the Bible diligently and with an open mind.  Genuinely seek the truth, not just reinforcement for your current views.  If God is real, there is no greater pursuit of knowledge than to know Him personally.  And the stakes are high.  If you choose to accept Christ and are wrong, you’ll never know it.  But if you choose to reject Christ and are wrong, you will never forget it!